The death cross identified in the previous update did eventually come knocking on the door.

But just before the floodgates could really open up, China’s President Xi Jinping stepped in, calling for his country to ‘seize the opportunity‘ to advance development of blockchain technologies.

President Xi also said China has a strong foundation and should look to take a leading position in the sector.

Xi’s comments came as a complete surprise to the market, especially following a ban on cryptocurrency exchanges in 2017.

The irony here is despite the ban on exchanges, the biggest cryptocurrency mining operations actually reside in China. And coincidentally, the announcement happened to occur around the same time Bitcoin’s death cross had appeared.

As you may imagine, investor sentiment towards Bitcoin and other cryptocurrencies buoyed following President Xi Jinping’s comments.

Bitcoin skyrocketed nearly 41% over the weekend from a low of $7,361 on Friday to a high of $10,370 on Saturday, mostly because stop losses on short positions began to get triggered.

As you may already know, when a market becomes bearish on an asset there may an inclination for more participants to take short positions on the asset they are bearish on in order to profit on the expectation that the price will fall.

And sentiment towards Bitcoin these days was increasingly becoming bearish, with noticeably more people on social media calling for the price to fall below $2,000.

When stop losses are placed too close to the market price, and the price of the asset that is being shorted starts to rise, stop losses may start to become triggered. When short positions are closed, automatic buying occurs to close the short position, resulting in what is known as a short squeeze.

When a short squeeze has no strong foundation or substance, the price increase does not tend to hold. The price typically falls back to the level it was prior to the pump and drifts even lower. And this process tends to happen rather quickly.

But that was not the case for Bitcoin.

Not only did the price of Bitcoin shoot past the 200-day moving average but with the exception of Saturday, Bitcoin has managed to consecutively make a series of higher highs and lower lows.

We believe it is not just about China. Of course the Chinese Premier’s comments suggest the world’s second largest economy is beginning to open up to the sector, which is a very positive achievement for the sector.

But in the greater scheme of things it also provides the United States with an incentive to not fall behind. This could result in top U.S. government officials becoming more accommodative towards blockchain technologies. Who knows, perhaps Congress will be more lenient on Facebook’s Libra project next time around?

Whatever it is, President Xi’s comments is likely to have sparked something that will expedite the adoption of blockchain technologies and cryptocurrencies at government level.

And this is the reason why the price of Bitcoin has been supported and why we are turning bullish on Bitcoin.

So where do we stand?

Well, we are convinced more then ever the price of Bitcoin is not governed by a free market forces. Although after all that is no different than a large group of hedge funds or institutional investors owning stock in a publicly-listed company and exercising some degree of control over its price.

Regardless, it doesn’t stop us from loving what Bitcoin stands for. And besides, Bitcoin as a technology is evolving and we (and many others) also enjoy the process of hodling and trading it. We are sure you do too if you are reading this update.

At the time we were convinced that Bitcoin hadn’t found a bottom and we had described the price level where Bitcoin should rise to in order for us to start becoming bullish.

The conditions we described in that update have technically been met. The only thing we would do before getting too carried away is to see whether the 200-day simple moving average holds up as support.

Given the magnitude of recent gains, we would not be surprised to see the price of Bitcoin partially retrace.

The 200-day moving average for BTCUSDT currently resides at $8,962, so we would be looking for support to hold up around $9,000 level.

If the price falls below the 200-day moving average then of course the scene may start to become very bearish again – so that’s the golden rule to watch out for right now.

The research we documented in our log price analysis had given us some interesting observations, which seem to support the view that Bitcoin is in a bull market mega cycle.

And the same report indicated the price of Bitcoin had a high probability of finding a bottom at either $8,000 or $6,000 or around $5,000 (at the very lowest) based on similar historical price trajectories.

But in the greater scheme of things, $7,300 is not miles away and anyone following our updates for a while would know our original price target for Bitcoin was $7,500 for a long time!

But to be fair, nobody had expected President Xi Jinping to announce bullish industry comments on Friday so who knows… Perhaps the lesson here is to never try to time a bottom to perfection (a range is perhaps good enough). But where would the fun be if we didn’t try.

We reiterate that we do not have a crystal ball and past performance is not indicative of future performance.

A follow up to this next Flash Alert may be found here.

Anyone interested in reading our previous Flash Alerts may do so here as they remain valid and provide a good trail for anyone wanting to catch up with recent price action. 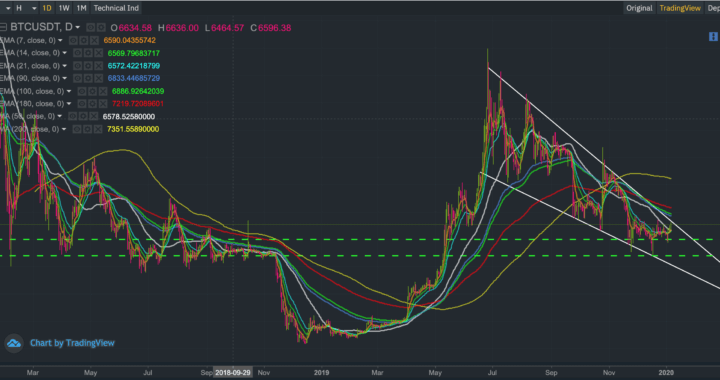 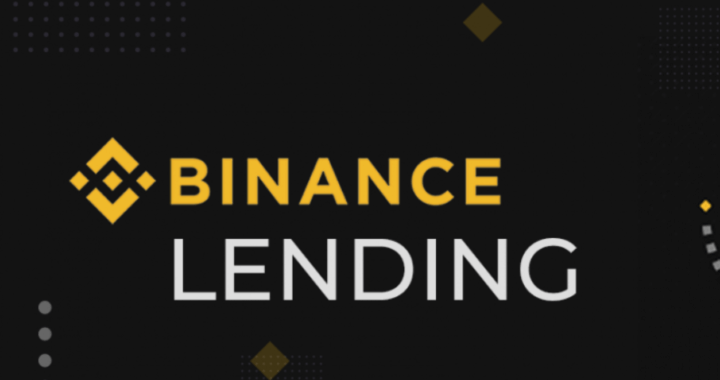 Earn an annualised yield of up to 15% through Binance Lending