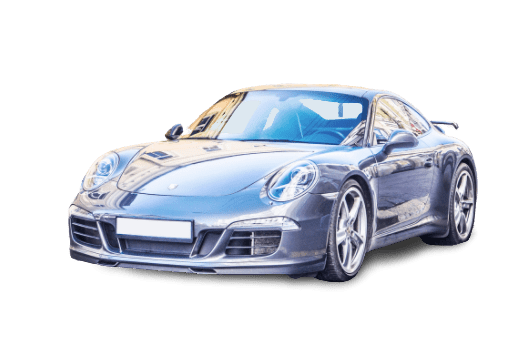 For its 3rd Anniversary, KuCoin is giving away tons of amazing freebies including a Porsche 911!!! Airdrops, red envelopes, trading campaigns, new Spotlight, and many additional giveaways are also in store.

The promotional campaign ends on 30th September at 23:59 (UTC+8) although certain lottery results will be published on 15th September so time is of the essence. To participate simply sign up to KuCoin with our referral code now using this link.

To celebrate the 3rd anniversary, KuCoin will launch numerous campaigns with fabulous prizes, including a Porsche 911, iPhone, KuCoin merchandise, token rewards and much more!

KuCoin plans to roll out its 8th Spotlight project, the Velo Protocol, which is an open financial protocol that aims to develop a decentralized settlement network that allows partners to safely and securely transfer value between each other in a timely and transparent way.

The Velo Protocol is supported by leading Asian corporate groups, such as Lightnet, UOB Ventures, Seven Bank, and HashKey Capital. It is expected to become the first blockchain project that brings DeFi to the masses!

Users can obtain tickets in various ways, including holding KCS and participating in Kratos (KTS) Lockdrop and in the various 3rd-anniversary campaigns. The lottery results will be announced on September 15.

KuChain and Kratos are public chains that address the needs of DeFi, and they provide even more stable underlying environments for decentralized applications, including DeFi and DEX.

KTS token distribution will be conducted with LockDrop. For more information about the KTS, please stay tuned to KuCoin official announcement.

This 3rd anniversary is also a new beginning for KuCoin. We have always been committed to becoming the most trusted fin-tech brand in the world, providing all users equal opportunities to participate in crypto financial activities. The mass adoption of blockchain and cryptocurrency still has a long path to travel. As The People’s Exchange, we will continue to provide users with better products through technological innovations.”

Johnny Lyu, KuCoin Global CEO, see the 3rd anniversary a major milestone for KuCoin, as the company has grown from a small 7-person team into a global enterprise that employs over 300 and now serves 6 million users in 207 countries from across the world.

Johnny Lyu KuCoin went on to say that to date, KuCoin has achieved remarkable milestone such hitting $80 billion in accumulated trading volume across 670 million transactions.

At the Global Blockchain and Crypto Finance Summit, Lyu explained that KuCoin has always been good at discovering “hidden gems” in the crypto world. KuCoin has listed over 250 high-quality blockchain projects and is supporting around 450 trading pairs. Looking at the recent popularity of DeFi, KuCoin has supported popular DeFi projects such as AMPL, AKRO, DIA, and COMP in the very early stage. Meanwhile, KuCoin has also launched its own DeFi Trading Board to lower the barriers for users to invest in DeFi.

KuCoin’s steady development has also been recognized by the capital market. In November 2018, KuCoin completed a $20 million Series A financing from IDG Capital and Matrix Partners. These funds will help KuCoin continue improving its platform stability, safety, and ease of use, culminating in greater value for its users.

This website uses cookies to improve your experience while you navigate through the website. Out of these cookies, the cookies that are categorized as necessary are stored on your browser as they are as essential for the working of basic functionalities of the website. We also use third-party cookies that help us analyze and understand how you use this website. These cookies will be stored in your browser only with your consent. You also have the option to opt-out of these cookies. But opting out of some of these cookies may have an effect on your browsing experience.
Necessary Always Enabled
Necessary cookies are absolutely essential for the website to function properly. This category only includes cookies that ensures basic functionalities and security features of the website. These cookies do not store any personal information.
Non-necessary
Any cookies that may not be particularly necessary for the website to function and is used specifically to collect user personal data via analytics, ads, other embedded contents are termed as non-necessary cookies. It is mandatory to procure user consent prior to running these cookies on your website.
SAVE & ACCEPT