The good news for bitcoin traders is that buyer support keeps resurfacing to maintain the current bullish uptrend. It would not be surprising at all to see the price of bitcoin gravitating to higher grounds by the end of the day.

It was interesting to see evidence of a correlation between Asian stock market sentiment and bitcoin; notice the price of bitcoin finding support and rising soon after the release of the Chinese GDP figures.

The bitcoin bounce coincides with a rebound in Asian stock markets during the early hours.

From the chart above, it is possible to see Hong Kong’s Hang Send Index (green) and China’s Shanghai Composite Index (blue) rebounding after the GDP data is released. This was followed by a lagged pick up in BTC (red), which took place approximately an hour after.

It would be interesting to explore this trend in more detail in a future post.

Markets moved higher today despite China’s Q2 GDP growth slowing to a 27-year low – and there are 3 reasons for this:

1. The slowdown of China’s Q2 GDP growth was in line expectations

China’s Q2 GDP grew at a rate of 6.2% in Q2, the slowest growth rate since 1992 and down from 6.4% in the previous quarter.  This was in line with analyst forecasts and now US President Trump can give himself a nice pat on the back for engineering an artificial slowdown.

2. China’s GDP slowdown was only limited to trade. It did not stifle domestic Chinese consumption growth.

China’s fixed asset investment for June rose 5.8% from a year ago, beating expectations for a 5.5% increase. Furthermore, China’s industrial production figures came in 6.3% higher, exceeding forecasts for a 5.2% increase, as the country’s loose monetary policy and the introduction of industrial policies managed to stimulate investment.

And lastly, China’s producer prices for June fell 1.4% from a year ago, which means there are no inflationary tensions in the domestic market that could prevent China’s monetary policy from easing further.

3. Market is in win-win mode

The latest data, including the better-than-expected New York Empire State Manufacturing figures for July, create a win win situation for markets because it suggests that domestic fundamentals are still intact whilst falling trade growth provides central banks with an excuse to return to monetary policy easing, and if that doesn’t work out then the next best alternative is to work out a trade deal, which would act as a stimulus within itself. 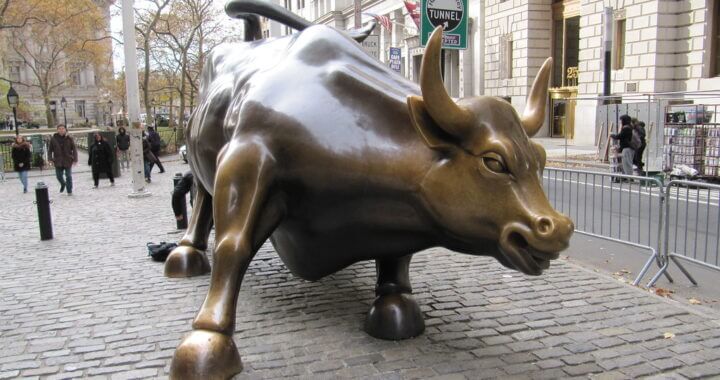